Unwind! And join the family. 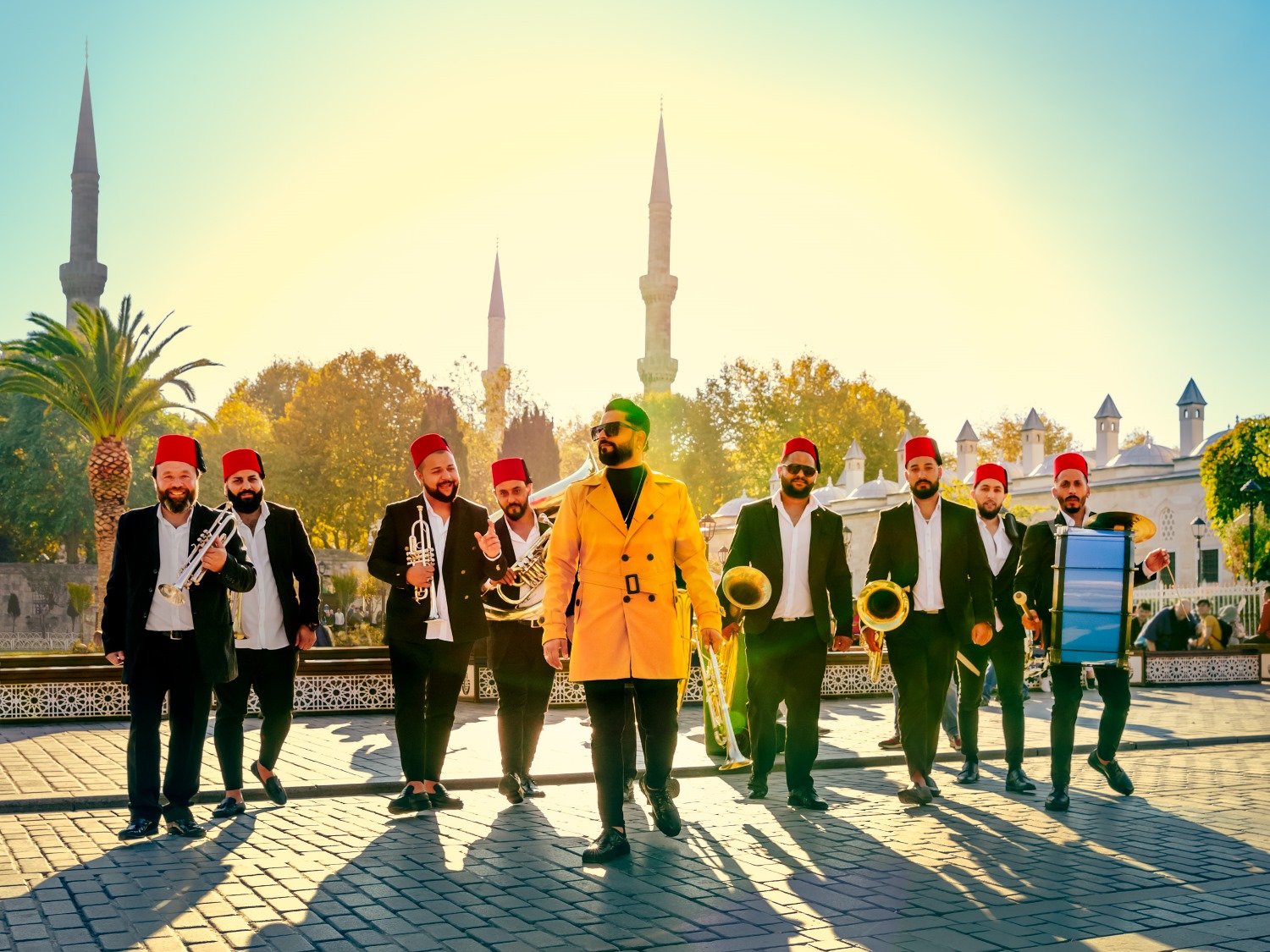 It is widely known that the dream of every trumpet player of the Balkan region is to win the Guča Festival, also known as the Golden Trumpet competition. Since the nineteen sixties, the famous Dragačevski Sabor Trubača in Guča, Serbia, has been the most important event of this kind in the world.

In 2011, The Džambo Aguševi Orchestra won big time! Both the judges and the audience went crazy for the orchestra and its young leader. Following another massive victory in Pehčevo in 2012, the orchestra has been requested not to compete anymore because they already took all the possible prizes. So, they cast their eyes to the world – and conquered it! After having been the main attraction in Mexico City Festival Historico (cheered by 35.000 people) and making a splash at the prestigious WOMEX conference and festival, “la Banda gitana del momento” successfully tours Europe (UK, France, Norway, Denmark, Belgium, Germany, Austria, Italy, Spain, Poland, Romania, Czech Republic…) and the USA (Los Angeles, San Francisco…).

The extraordinary musicality paired with electrifying energy and virtuoso improvisations is what makes their mercurial, explosive, highly flammable mixture of styles and genres a winning recipe. The fusion of traditional Balkan, Gypsy, and Turkish music influenced by swing, jazz and pop and film music enthrals the audiences of all musical backgrounds and preferences, joining people of different cultures and nationalities into one (happy and dancing) family.

Join in – you will be welcomed with open arms. And hearts. And minds.