A match made in heaven. Or somewhere hotter? 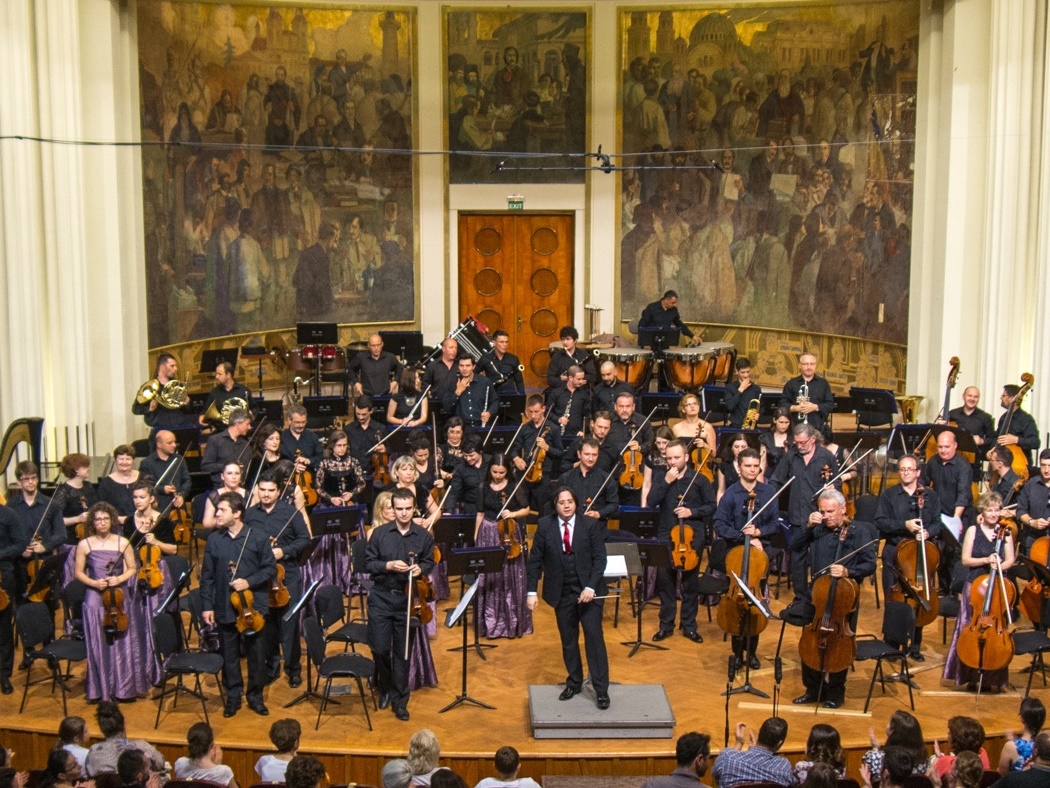 With almost seven decades of tradition and the most extensive discography of Romanian Orchestras, The Transylvanian State Philharmonic Orchestra is a regular guest of most major European concert venues and festivals.

Their debut in Maribor comes under the baton of their principal conductor Gabriel Bebeşelea, who was offered the reins of one of the most prominent orchestras of Romania at the tender age of 32. The shooting star of the international conducting scene has left an impressive mark on our last year's festival, thrilling the audiences with a deep understanding of music, his firework-like temperament and immense charisma.

The orchestra, offering mesmerising interpretations of both well-known and newly discovered masterpieces by Romanian composers, is a perfect match for the whirlwind conductor. But, thanks to their versatility and courage to explore the less travelled musical paths (yes, they did tour with Deep Purple!), they're also a perfect match for our festival! An orchestra which doesn't shy away from out-of-the-box thinking and a festival with a reputation for exploring different genres and periods, ideas and concepts, encounters and emotions, enthusing the audiences with intense musical experiences. A match made in heaven!

Or, to put it directly: a rather hot and highly explosive mix, bound to go up in flames. So brace yourself for sparks and explosions, and prepare to get hot!