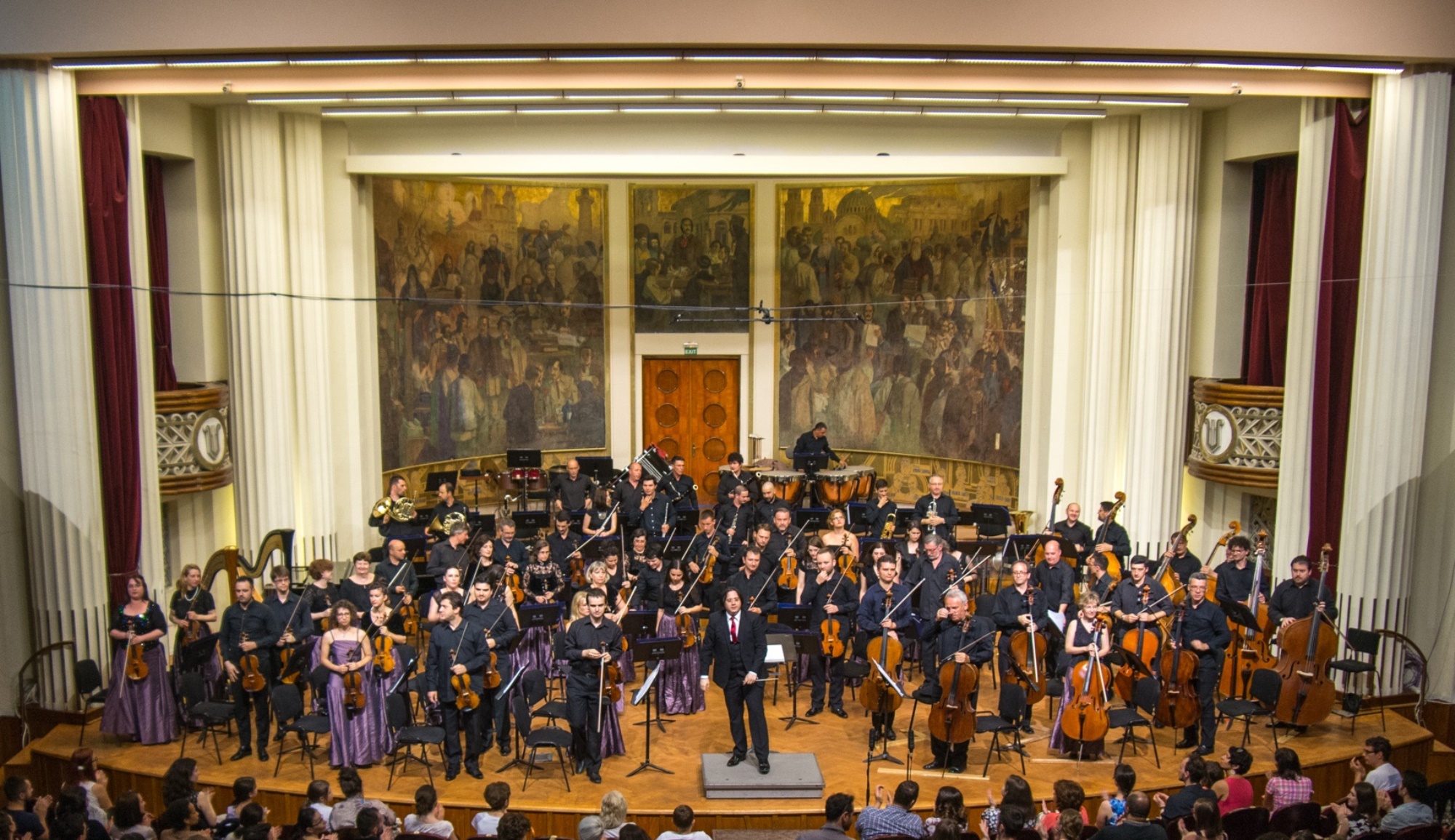 While some people think of Count Vlad Țepeș, better known as Dracula, when they think of Transylvania, we associate this part of Romania with great musicians. The center of Transylvania is Cluj, a city with a vibrant cultural and musical life that is home to  one of Romania’s leading orchestras, the Transylvanian State Philharmonic Orchestra. The ensemble is led by the charismatic Gabriel Bebeşelea, a conductor who impressed us last year in his concert with the SNG Maribor Symphony Orchestra. Joined on this occasion by his home orchestra, he will take us on a colorful musical journey across this Romanian landscape.

The child prodigy Károly Filtsch, a pianist and composer of German-Hungarian origin, was born in Cluj in 1830. After impressing local audiences with his piano playing already at the tender age of five, his international career quickly took off. He performed with great success in Vienna, Budapest, London and Paris, earning fervent praise wherever he went. He eventually studied with Franz Liszt, who soon worried his student was fast becoming a potential rival, and also probably with Frédéric Chopin, who is said to have considered him his most talented student. Tragically, his exceptionally bright future was cut short by tuberculosis just two weeks shy of his fifteenth birthday. Despite his brief life, Filtsch left us some remarkable compositions, among which the Overture in D major, written when the composer was barely eleven years old, stands out as an unequivocal masterpiece.

The early 20th century witnessed a flourishing of research into Transylvanian folk music. One of its most insightful researchers was Béla Bartók, who was so captivated by the dance music he heard in Transylvania that he decided to reverently and faithfully transfer it to the orchestral medium. This infectious music attracted another giant of Hungarian music, Zoltán Kodály, who carefully transcribed dances from the Marosszék region for orchestra. György Ligeti, a giant of modern music, was also closely connected to Transylvania, having grown up in Cluj as the son of Hungarian parents. He carried out his own research on Romanian folk music and, in the tradition of Bartók and Kodály, sought to emulate its authentic sound in his works, as can be seen in his early Concert românesc.

A glimpse into a more contemporary approach is provided by a work from Dan Variu, a composer from Cluj of the younger generation with a postmodernist bent who strives for an aesthetically original mix of different musical styles. One such piece is MikroDivertisment, which pays homage to Bartók’s music.

Thus the closing concert of Festival Maribor 2022 resounds in a richly colorful cornucopia of sound with a bow also to virtuosic brilliance: the Transylvanian musicians will be joined by the fiery and organically unified solo trio of Simon Trpčeski, Aleksandar Krapovski and Aleksandar Somov to perform the always inspiring music of Ludwig van Beethoven.

* Tickets (online purchase): 25 € / Senior 20 € / Students, Disability 12,50 €
Ticket sales begins on 11th July.
Discounted tickets can be purchased at the Information office of Narodni dom Maribor or at the concert venue up to an hour before the concert.