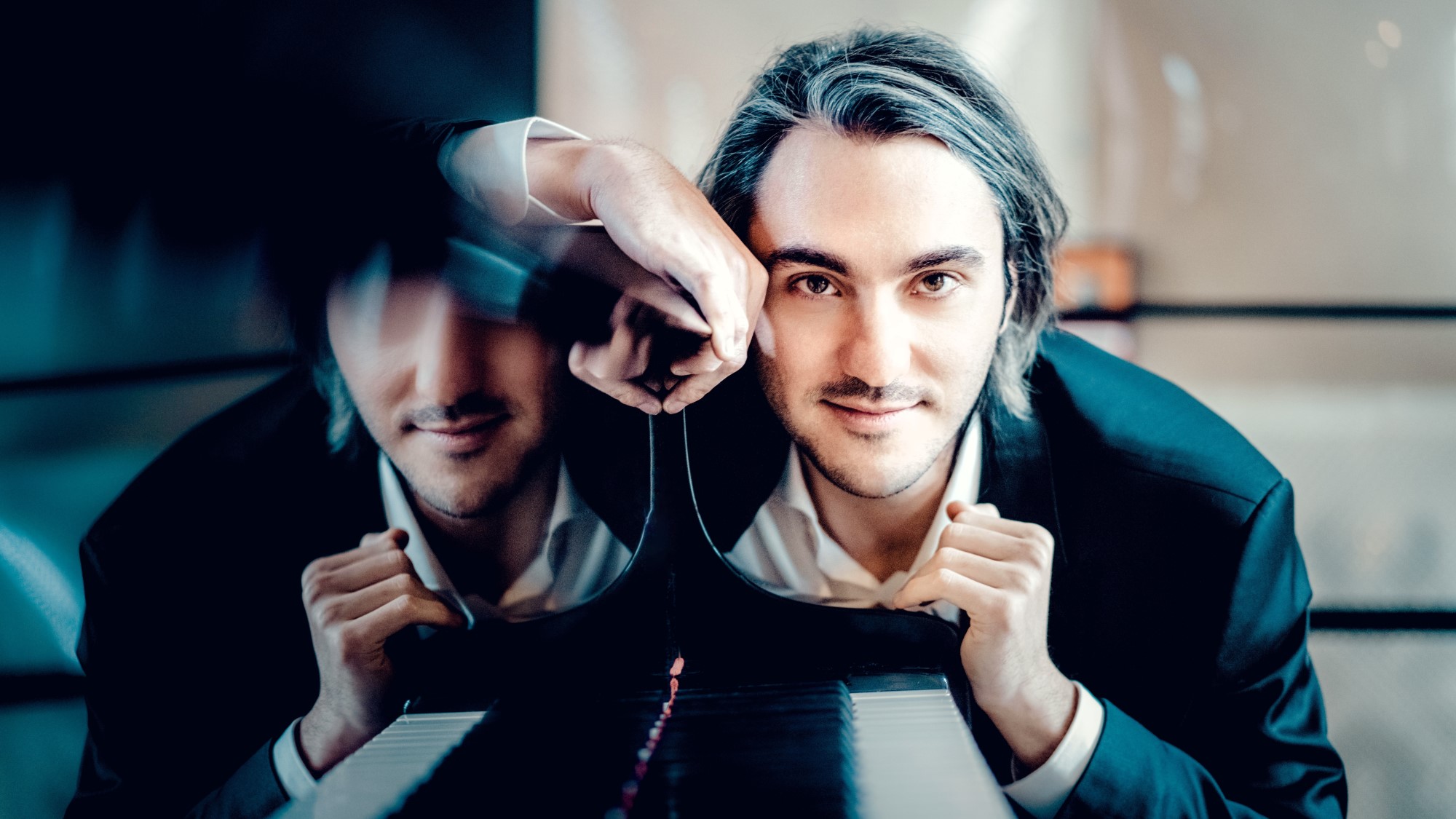 Alexander Gadjiev personifies an intersection of cultures: he has Russian and Slovenian roots, and was born on the Slovenian-Italian border to two pianists in a home where a cosmopolitan atmosphere prevails, so it is not surprising that, having been accompanied by the timeless music of the great piano masters that have been his reliable companions since childhood, he feels at home practically everywhere their music can be heard and falls on sensitive ears.

And this is exactly what Festival Maribor and its audience can claim. Mr. Gadjiev will offer us plenty of opportunities to delve deeper into his interpretations of Chopin’s works–interpretations that convinced one of the most discerning juries in the world. But we would be surprised if he didn’t also prepare a few meaningful twists for us.

The program of this solo recital presents a selection of works from Chopin’s mature oeuvre, music which grew out of typical romantic impulses; that is, a tendency towards virtuosity and with an emphasis on prominent subjectivity. Classical formal frameworks are erased and confronted with feelings of fragmentation, incompleteness and infinity, while melodies are disjointed and heavily decorated as in opera of the period. Chopin further enriched these impulses with his increasingly clear, very personal harmonies that are as surprising as they are intoxicating.

As with Chopin, Robert Schumann can also be considered a typical romantic, even if his music is more strongly imbued with substantive undertones. The core of composer’s life was his love for the extremely talented pianist Clara Wieck, whose father opposed his daughter’s marriage to a young and notyet-established composer. Schumann composed the Fantasia in C major, Op. 17, during one of their long periods of painful separation.

Mr. Gadjiev opens the concert with a nod to more current music. The American Kyle Gann is known as a composer of microtonal music as well as of conventional tonal music. In 2010, during the catastrophic oil spill in the Gulf of Mexico, the composer was inspired to write a song or a prayer for the preservation of our planet. He was convinced that such a composition should be “a model of ecology–that is, it should consist of carefully selected material that would be used as economically as possible.” He employs a rhythmic style that developed out of his love of Native American music, hoping that the power of the music would awaken cathartic emotions in the listener–and thus maybe, at least, make the world a better place.

* Tickets (online purchase): 15 € / Senior 12 € / Students, Disability 7,50 €
Ticket sales begins on 11th July.
Discounted tickets can be purchased at the Information office of Narodni dom Maribor or at the concert venue up to an hour before the concert.