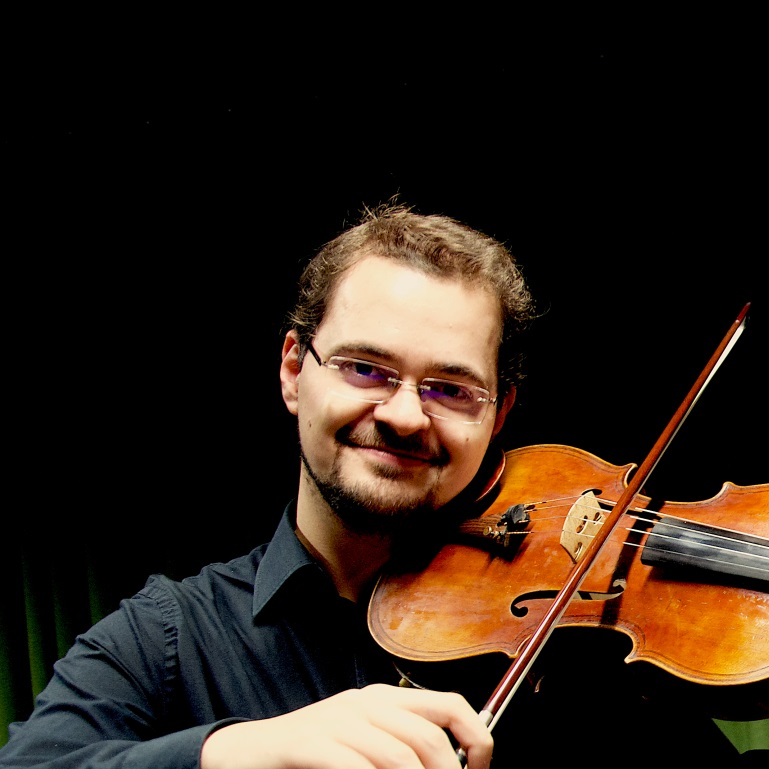 Sorin Spasinovici was born in Bucharest, Romania, where he began his musical studies. After graduating from the George Enescu Music High School, he successfully pursued a bachelor’s degree in music performance at the National University of Music. He went on to earn both a master’s degree and a degree in music education at the Zurich University of Arts, where he was a student of Nicolas Corti. During his studies he attended numerous masterclasses.

He has performed around the world as part of various ensembles and has shared stages with celebrated musical figures such as Simon Trpčeski, Cristian Măcelaru, Vasily Petrenko, Vladimir Ashkenazy, Martin Merker, Andreas Vollenweider and others. He has been a member of the Romanian Youth Orchestra and the European Union Youth Orchestra, the latter of whom awarded him the Lionel Bryer Memorial Fund Award in 2014 for exceptional achievement. He frequently performs with the orchestra of the National Opera in Bucharest, the George Enescu Philharmonic, the St. Gallen Symphony Orchestra and the Musikkollegium Winterthur Orchestra where he is currently a regular substitute player.

In 2019 he founded The Eastern Quartet, an innovative musical group that uniquely blends classical music with Balkan folk music.

Sorin Spasinovici is currently based in Zurich where he teaches privately and plays with different orchestras and ensembles.