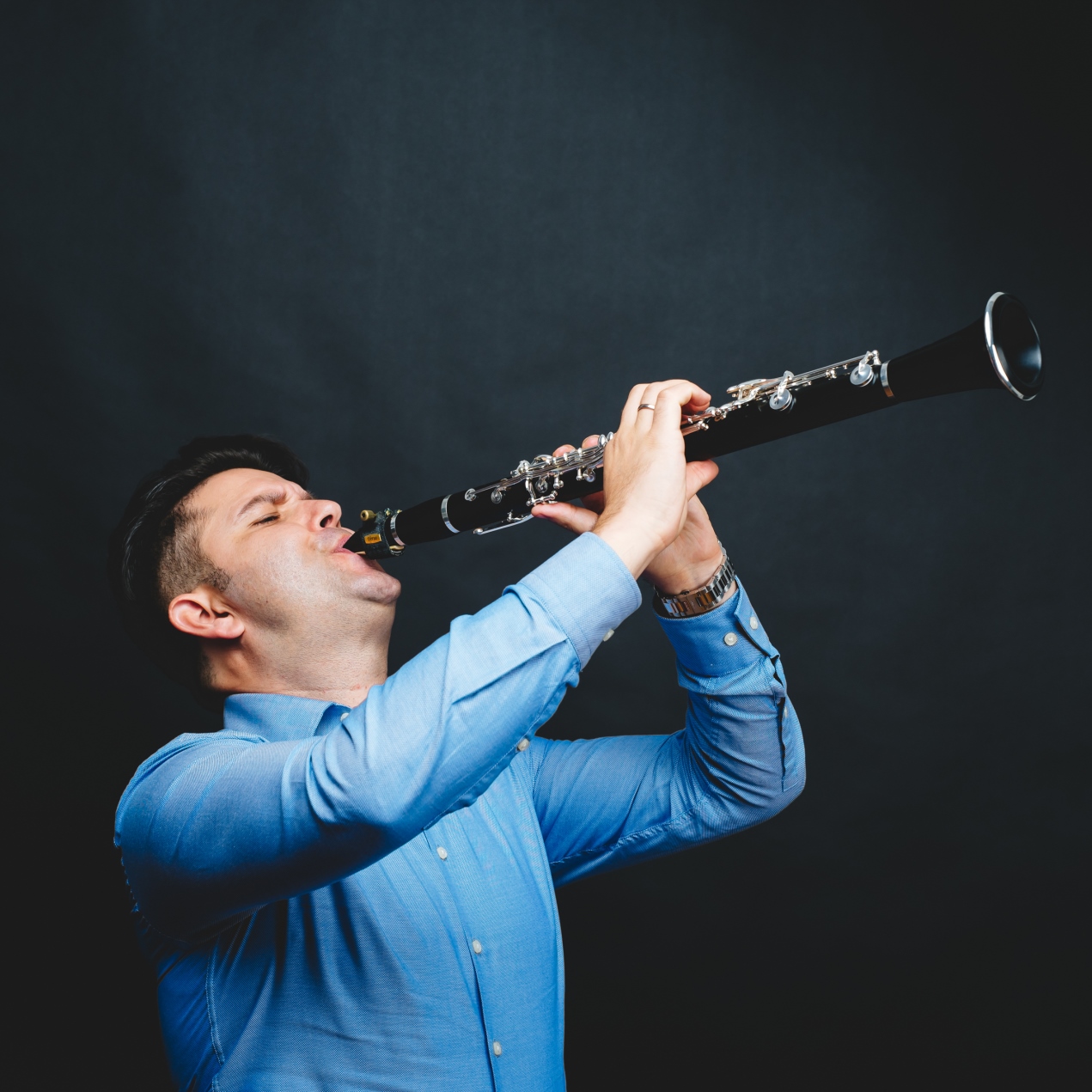 Clarinetist Hidan Mamudov was born in 1982 in North Macedonia. Following his graduation in Skopje, he studied with Sidney Forest at the University of Michigan (USA) and in Sofia. He continued his training at the Universität für Musik und darstellende Kunst Vienna with Horst Hajek (Wiener Philharmoniker). He has participated in masterclasses with Charles Neidich, Stanley Drucker and Robert Spring, and has received a scholarship from the Dr. Robert and Lina Thyll-Dürr Foundation (Switzerland) and the Viktor-Bunzl Scholarship. He was a finalist at the Ciudad des dos hermanas Competition in Seville (2004), and first prize winner at the Jeunesse Musicales Competition in Bucharest, the National Competition in Skopje, North Macedonia, and the Concours International des Rieddes (Switzerland). In 2010 he was a semi-finalist of the First International Clarinet Competition in Kortrjik, Belgium.

He has performed as a soloist in the Juan Rodríguez Romero Theatre in Seville, with the North Macedonian Philharmonic and in Bruck an der Mur (Austria). He was principal clarinet in the Webern Sinfonie Orchester of the Universität für Musik und darstellende Kunst Vienna, where he had the opportunity to play in the Musikverein under great conductors such as Pierre Boulez, Franz Welser-Möst and Kirill Petrenko, as well as with Marc Stringer at the Radiokulturhaus Vienna. He was also principal clarinet of the International Student Orchestra in Kyoto, Japan. During his studies in Geneva he played in the Suisse Romande Orchestra.

Hidan Mamudov is a founder of the Prestige Trio, which has made acclaimed appearances in Austria, Germany, Italy, Bulgaria and Greece, and won prizes at chamber music competitions in Greece and Austria.