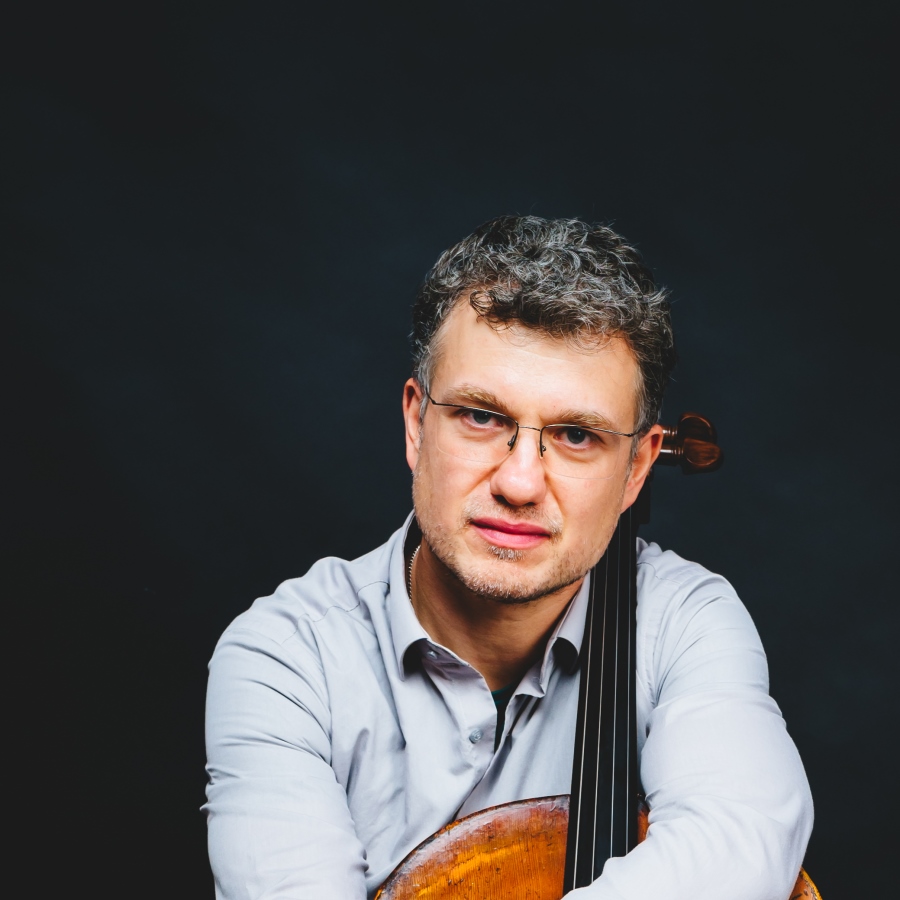 Cellist Alexander Somov began his studies in his native Sofia. At fifteen he made his debut as a soloist in Bulgaria and Germany, recorded Tchaikovsky’s Rococo variations and premiered Angel Escuder’s Concierto de Espana at concerts across Spain. As the winner of several international competitions, he also performed in Greece, Italy, Serbia and Israel. He continued his studies at the renowned Guildhall School of Music and Drama (London) where, in 1998, he became the first East-European recipient of the Gold Medal, the Guildhall School’s highest award, previously won by Jacqueline du Pre, Bryn Terfel and Tasmin Little. After further successes at well-respected international competitions, he began performing as a soloist with outstanding orchestras such as the Philharmonia, the Northern Sinfonia, the Strasbourg Philharmonic, Stadtkapelle Achern, the Bulgarian National Radio Symphony, and the Sofia and the Varna Philharmonics, under conductors such as Thierry Fischer, Paul McCreesh, Thomas Zehetmair, David Parry, Mark Albrecht, Peter Oundjian, Lionel Bringuier, James Mac-Millan and Theodore Guschlbauer, among others.

A keen pedagogue, Mr Somov is a professor at the Conservatoire and Academie Superieure de Strasbourg since 2006, and is regularly invited to teach at the Flaine, Musicalta and les Stages Boite a Musique (France) international music academies, and at the Ringamala Festival (Sweden).

He has made recordings as a soloist for Naxos/Marco Polo, the Gega New label, the BBC, Bulgarian National TV and Radio, Polish Radio and Radio Valencia.

An artist of exceptional scope, he enjoys combining different styles and expanding musical horizons, whether performing with his fellow co-founders of the eclectic Robertsau Buskers, in concert with Salonorkester Baden-Baden, or playing the guitar, gadulka (a Bulgarian folk instrument) or percussion in his spare time.