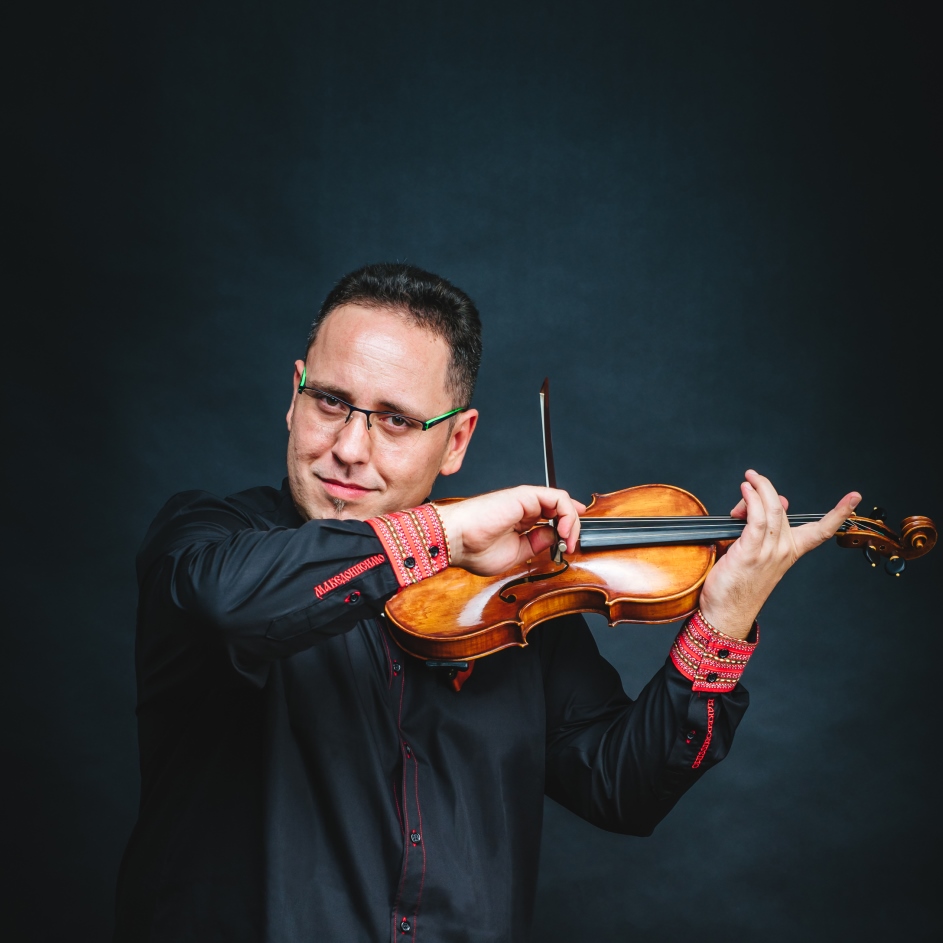 Violinist Aleksandar Krapovski was born in North Macedonia in 1981. He finished his studies in Bulgaria and in Germany. At a young age he won prizes at international competitions in North Macedonia and in Bulgaria both as a soloist and chamber  musician. While still a student he began playing in orchestras including the North Macedonian Philharmonic and the UBS Verbier Festival Youth Orchestra under conductors such as James Levine, Zubin Mehta, Mstislav Rostropovich, Esa-Pekka Salonen, Yuri Temirkanov and Valery Gergiev.

As a soloist he has performed with several orchestras in Bulgaria, as well as with the Orchestra of the Academy del Liceu, on tour with the Symphonic Orchestra of Malta and the Slovenian Youth Orchestra, taking him to Weill Recital Hall in Carnegie Hall, New York. He has also given recitals and chamber music concerts in North Macedonia, Bulgaria, Turkey, Spain and Germany, and  participated in festivals around the world including the Ohrid Summer Festival in North Macedonia, the Verbier Festival and Academy (Switzerland), the Youth 4 Youth (Thailand), Apolonia (Bulgaria), Ravello (Italy), Perrelada (Spain) and Miyazaki (Japan).