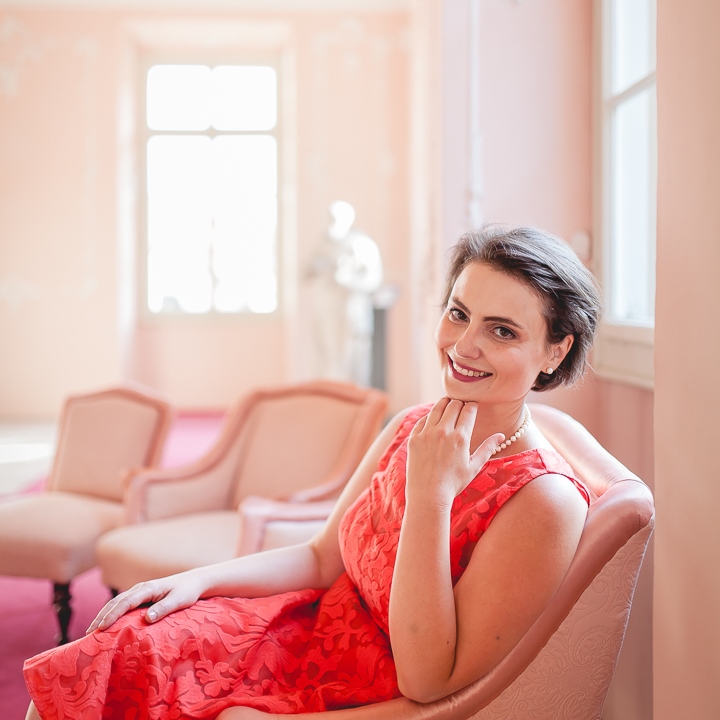 Adriana Magdovski took her first piano lessons at the age of four and then began studies with Milena Sever at the Conservatory for Music and Ballet Maribor. During this time, she attracted the attention of Slovenian audiences by winning the 21st National Competition for Young Musicians with a perfect score of 100 points. At fifteen she was accepted to the University for Music and Performing Arts in Graz, Austria, where she studied with Doris Wolf-Blumauer. She continued her studies in London with Norma Fisher, and at the State University of Music and Performing Arts Stuttgart with Oleg Maisenberg and Wolgang Bloser.

Adriana’s collaboration with flutist Irena Grafenauer at the Musical September festival in Maribor was a pivotal experience for her artistic development, which continued with chamber music lessons at the Mozarteum in Salzburg. She now regularly collaborates as a chamber musician with such established artists as Branimir Slokar, Stanko Arnold, Irena Grafenauer, Bernarda Bobro, Soula Parassidis, Norman Reinhardt and Sabina Cvilak.

She was awarded the Martha Debelli Scholarship by the University for Music and Performing Arts in Graz, Austria, and the Soroptimist International Scholarship in Amsterdam. She is a prize winner of the Gina Bachauer International Junior Piano Competition in Salt Lake City (USA), and a winner of the Gallus Prize, awarded by Slovenian Radio and Television and the Slovenian Philharmonic Society.

Adriana is an associate professor at the University of Maribor, and in 2016 and 2017 she worked as assistant to Norma Fisher at the Royal College of Music in London.

Her CD with works by Franck and Svete was released in 2020 by the Classica Slovenica label and received excellent reviews both at home and abroad. Her latest album, titled “Let’s Dance” with works by Tchaikovsky, Rachmaninoff and Ravel, is slated for release in December 2022 on the German label Hänssler Classic.

Festival Maribor’s popular concerts for families with small children have been organized together with Adriana since 2016.