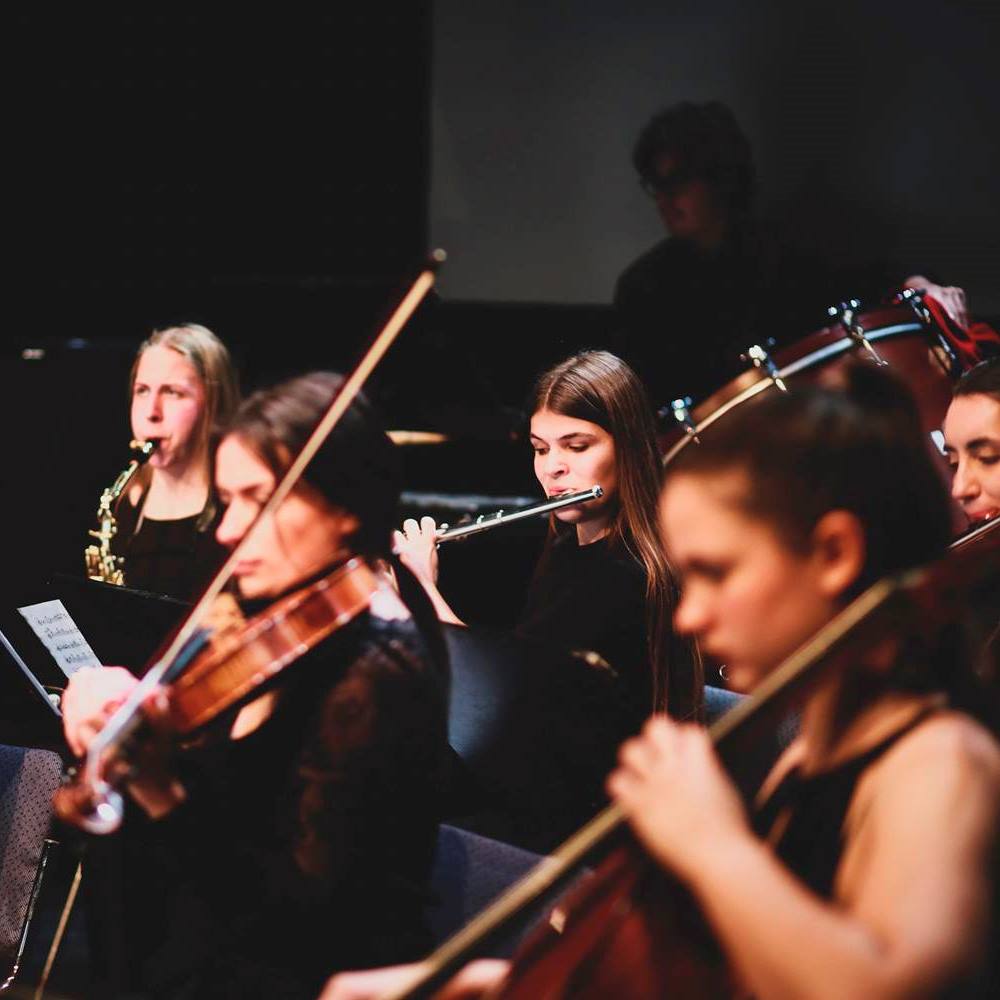 The .abeceda [new music ensemble] is an integral part of the .abeceda Institute. Its activities can be understood in two ways – as an association of musicians who can perform as a standard chamber ensemble specialized in the performance of contemporary music and, on the other hand, as a wider platform firmly embedded within the activities of the Institute.
In this latter respect, it offers young omposers the opportunity to create, workshop and present new music. It is a kind of laboratory for infrastructural support.

Dré A. Hočevar (b. 1987 in Ljubljana) is a Slovenian composer and researcher. He currently lives in Amsterdam, the Netherlands, and is pursuing a PhD in composition at the CeReNeM department, University of Huddersfield, England. The central theme of his research and compositional practice is .meta [dynamic systems of cognitive apparatus formation, application and analysis]. Dré A. Hočevar is the artistic director and founder of .abeceda, the Institute for Research in Art, Critical Thought and Philosophy. He regularly lectures, leads workshops and seminars in the field of composition, theory and research. His mentors include Steve Lehman, Peter Ablinger, Joe Morris, Michael Carvin, Alexander J. Harker and Aaron Cassidy. At Festival Maribor 2022 he serves as mentor for the contemporary music performance workshops.

Tilen Lebar Tilen Lebar (born 1993) is a saxophonist, composer and improvisor, one of those young musicians who ventures beyond their original role as instrumentalist and interpreter. After completing his studies at the Conservatory of Music and Ballet in Maribor under the mentorship of Peter Kruder, informal composition lessons with Uroš Rojko at the Ljubljana Academy of Music, bachelor’s and master’s studies in saxophone with Matjaž Drevenšek and Miha Rogina, and advanced  training in composition in the classes of Raaf Hekkema and Lars Niederstrasser, he went on to complete a master’s degree in composition at the Royal Conservatory in The Hague in the classes of Peter Adriaansz, Cornelis de Bondt and Guus Janssen. In Lebar’s music, we notice a special attention to individual instrumental techniques and their timbral synthesis, as well as a thorough knowledge of both the Western classical music tradition and experimental currents. His works have been performed at festivals such as the ISCM World Music Days, the Gaudeamus Muzieweek, Leicht uber Linz, the Ljubljana New Music Forum, the ISC World Saxophone Congress and the Opera Forward Festival. His piece Staticotion for accordion, pre-recorded audio and live electronics was included in the recommended works among young authors at the 67th Rostrum Composers’ Tribune as well as in the general category. His work Thought Echo received the RKST 21 award and was placed among the laureates at the prestigious 28th Meeting of Young Composers in Apeldoorn, the Netherlands, under the direction of the Orkest De Ereprijs ensemble. He received a scholarship from the Slovenian Ministry of Culture for his postgraduate studies in composition in the Netherlands. His music is published by Donemus, Inexhaustible Editions and the Society of Slovenian Composers. He has collaborated with the ensembles Asamisimasa, Contrechamps, Oerknal, Slagwerk Den Haag among others, and with institutions such as the Experimental Studio of Southwest German Radio, the Residentie Orkest and the Dutch National Opera and Ballet.

Gašper Livk (born in Ljubljana, 1993) is a Slovenian double bassist and composer. Among other roles, he is the artistic director of the .abeceda [new music ensemble] as well as artistic and programming director of the Transposition String Quartet+. In 2019 he released an album with the group Code::Source titled System 01: Presence during his residency as part of the Young Researchers project. His mentors were Zoran Markovič, Luka Juhart, Steven Loy and Dré A. Hočevar.

Alastair White (b. 1988) is a Scottish composer and writer. His work is characterized by a lyrical complexity which draws influence from technology, science, politics and materialism, and has been described as “a whole exciting new genre of art” (BBC Radio 3). Recent projects include the fashion-opera cycle of WEAR, ROBE, WOAD and RUNE; a string quartet for the Altius Quartet’s album Quadrants Vol. 3 (Navona Records); the documentary opera A Boat in an Endless Blue Sea; and The Drowning Shore, a Scots-Yiddish cantata. Full-length studio recordings of ROBE and WOAD were released by Métier Records in 2021, with RUNE due out in Summer 2022. He is currently composer-inresidence with the Ljubljana-based .abeceda [new music ensemble] with several major collaborations planned, beginning with the premiere of his Anti-Music at the Cankarjev dom.